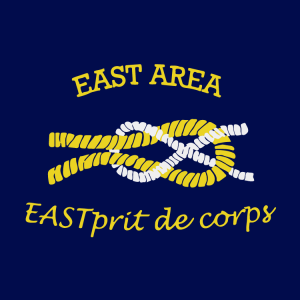 1. Lead the event that you’ve planned as per level 2 requirements.

1. Execute performance that is planned and rehearsed.

1. Collect inspirational and meaningful quotes on Scouting, Leadership, and Nature. As a patrol discuss/debate/design a quote to be used as the patrol motto. Scouts should have this in mind before deciding on the quotes used: – What are the values that the quote is trying to teach? – Does it align with any of […]

1. Plan a sharing session for the patrol to share about their religions. Before sharing – Discuss about some common misconceptions (e.g. Practices, Customs, Mores) about any religion that you or your patrol members have come across – Note down the misconceptions that are raised. What the scout can share about include but not limited […]

1. Conduct a sharing with your Patrol on how you have kept fit through your chosen activity and demonstrate an understanding of the activity by sharing on the kinds of equipment needed, rules and mechanics, or conduct a session of the activity in your Patrol or your Troop (if possible). Scouts can conduct the following: […]

1m. Execute the Scout Game that is planned as per level 2’s requirements. 2m. With your knowledge from level 1’s activity, share and discuss with your patrol. Some questions to discuss but not limited to: – With the rise of the esports industry, will there be an increased amount of gaming addiction? – What are […]

1m. As a patrol, introduce the esport that you’ve practised in level 2’s activity to the troop. Act as guide and trainers to the troop in at least 3 separate occasions. Plan and execute an in-house competition within the troop with the Esport selected. 2. Participate in a workout session led by your patrol and […]

The contents on this site (unless otherwise stated) are licensed under a Creative Commons Attribution-ShareAlike 4.0 International License.